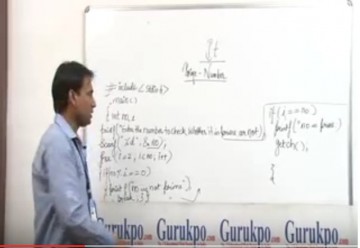 A natural number greater than one has not any other divisors except 1 and itself. In other word we can say which has only two divisors 1 and number itself. For example: 5
Their divisors are 1 and 5.
Logic for prime number in c
We will take a loop and divide number from 2 to less than number. If the number is not divisible by any of the numbers then we will print it as prime number.